It might surprise you that breakfast isn’t the most important meal of the day in Chile.

Chileans eat up to four meals a day, with lunch being the biggest. There’s breakfast, lunch, dinner, and a fourth meal called once that’s similar to tea time in Britain.

That means breakfast, if it’s even eaten, is often light and simple. That doesn’t mean it’s any less delicious, though! I’m going to explain which dishes are traditional breakfast foods and give you recipes to try at home.

So without further ado, here are some of the most popular Chilean breakfast foods to start your day with. 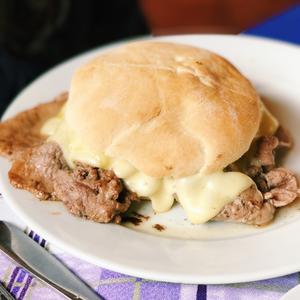 The Barros Luco is one of my favorite Chilean breakfast foods.

I love sandwiches because they’re delicious, filling, and portable. What more could you ask for from food?

The Barros Luco sandwich uses fresh, simple ingredients (bread, steak, and cheese) that come together to create something magical in your mouth. 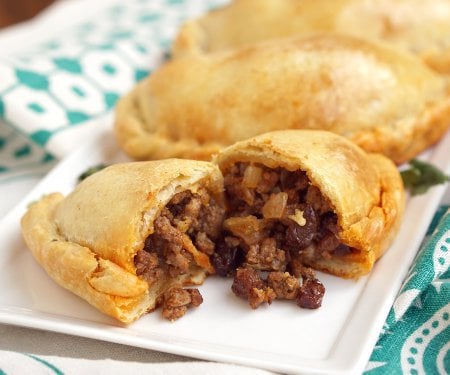 Empanadas de pino are just as magical as the Barros Luco.

Chileans stuff empanadas with all kinds of ingredients like eggs, raisins, or olives.

After you follow the traditional recipe, feel free to experiment with the fillings. 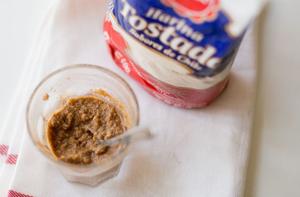 The word ulpo comes from an indigenous language in northern Chile called Quechua.

It means dry flour, which is the main ingredient in this warm breakfast drink.

Ulpo is made with toasted flour, sugar or honey, and cinnamon. Some like to take it with milk.

I think of it as drinking oatmeal for breakfast. It’s not too heavy, but still filling. 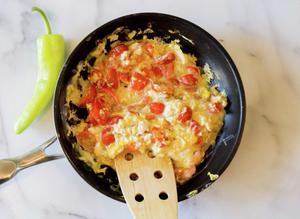 You may feel scrambled eggs with tomatoes shouldn’t count as a dish. It doesn’t even have a proper name, right? Whatever you think about it, Chileans eat it.

This is another simple meal that’s simply tasty. It's one of my favorite ways to cook eggs in the morning.

Tomatoes and eggs pair well together, especially when garlic’s involved. I love feta cheese in mine, but that’s not traditional. 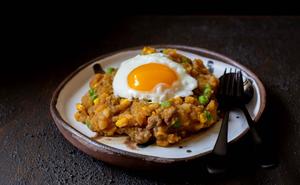 Charquican is a more complex dish but worth the extra effort it takes to prepare.

It’s one of the oldest Chilean dishes, yet little has changed since the beginning.

The ingredients will vary with the season, but it always has pumpkin and potatoes.

Texturally it resembles mashed potatoes with an egg on top. I love it!

Check out other pumpkin recipes to make! 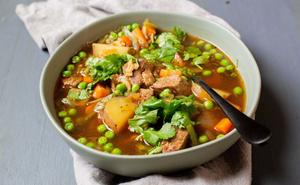 Carbonada is a delicious and hearty soup.

It may seem odd to have for breakfast, but that’s just a cultural difference. Soup is light yet filling and hydrating. It’s a great choice for breakfast in hot and humid places.

This recipe encourages you to use leftover vegetables and meat. It’s a great way to clean out the fridge. 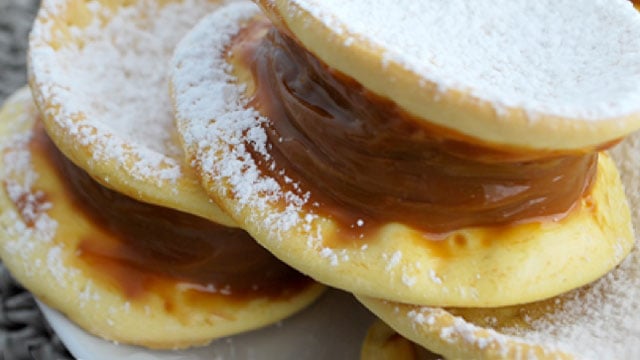 Alfajores is for all the people who love sweet things for breakfast.

In my opinion, this is the perfect thing to eat with a cup of steaming hot Chilean coffee. 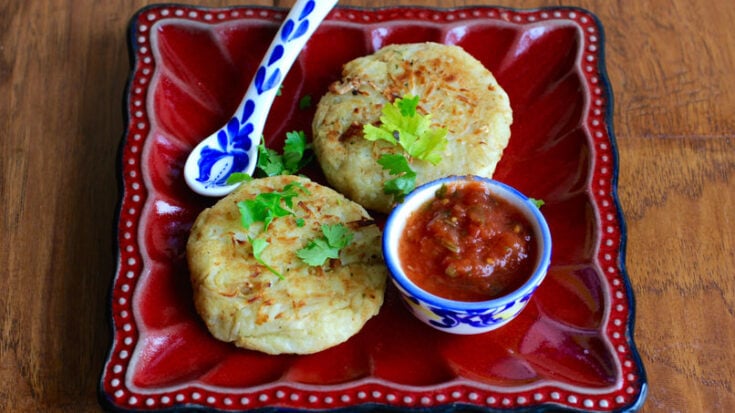 The thought of Milcaos is making my mouth water.

This traditional Chilean dish is what it would be like if a pancake and a hash brown had a baby.

You make a ball out of grated and mashed potatoes. You flatten the ball on the pan and cook it in oil.

It’s even better when you stuff it with onions and sausage and top it with sour cream. 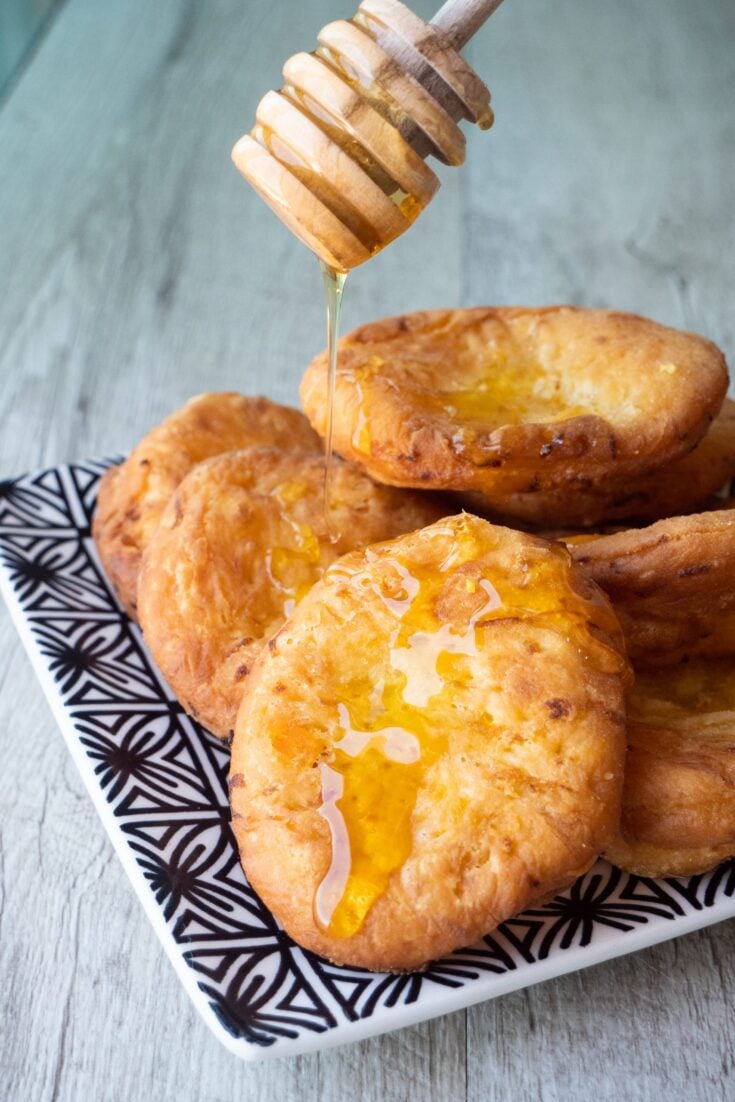 I love Chilean sopaipillas made with pumpkin and drizzled with honey. They achieve the perfect balance between crunchy and creamy.

These ingredients create a flavor profile that makes it easy to turn your sopaipilla sweet or savory.

Add cheese and butter on top for savory or chocolate and sugar for sweet. 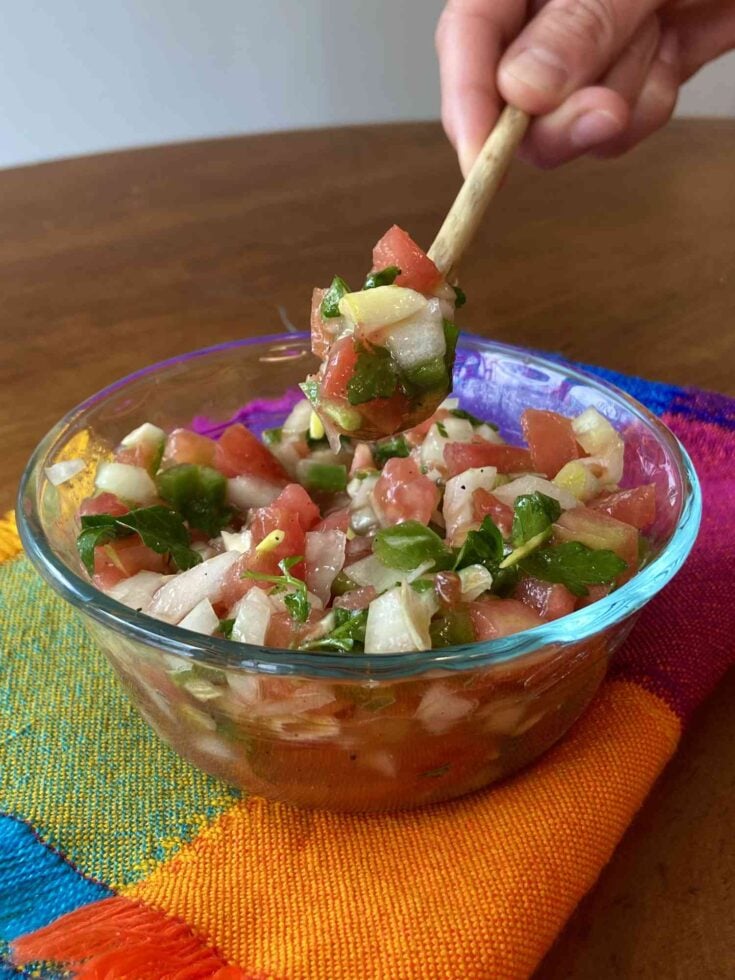 Chilean pebre is more of a topping than a meal, but an important part of many Chilean breakfasts.

It’s a zesty mixture of seasoned tomatoes, onions, and peppers.

You can eat it on top of empanadas, pan amasado, and waffles. The only limit is your imagination. 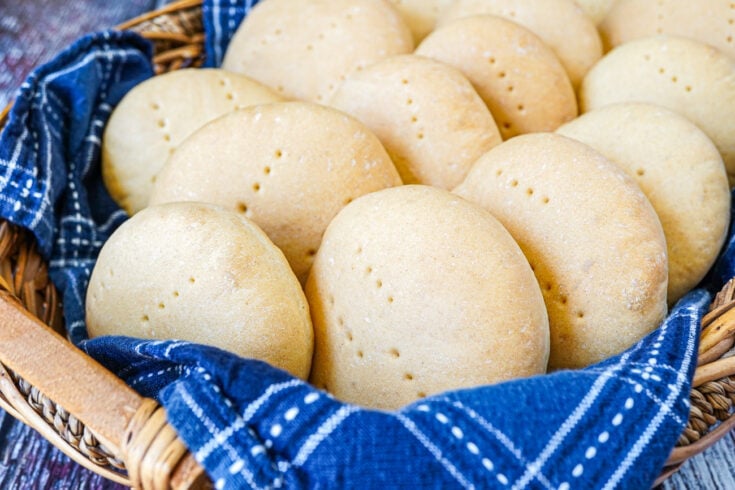 Pan amasado literally translates to kneaded bread, and that’s what it is.

Notably, if you want to make this, set aside a few hours. It may take a while, but you can make a bunch at once and well in advance.

It’s a versatile dish, as you can eat it plain, with jelly, or use it as the base for a breakfast sandwich. 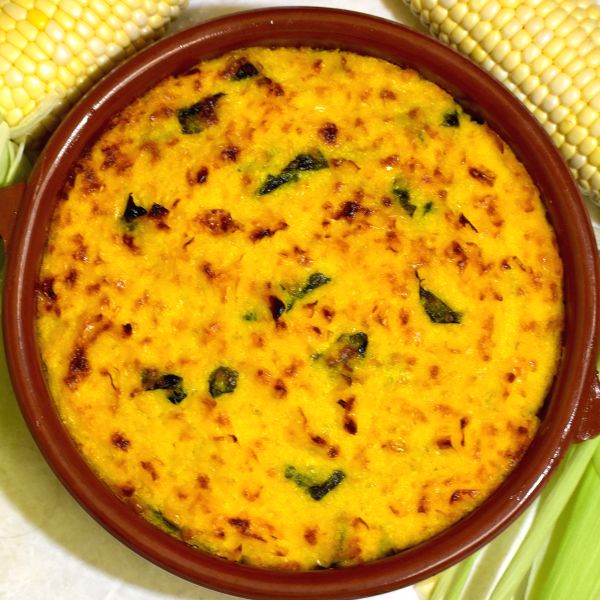 It calls for an interesting blend of spices like cumin, cream, and basil. They come together beautifully, despite how random they seem.

This dish tastes fantastic and keeps you full and fueled. 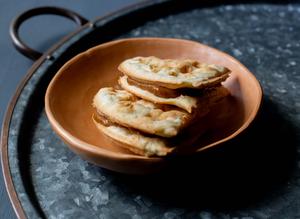 Chilean waffles are similar to American waffles, except they’re thin and crunchy.

In addition, they usually come stuffed with dulce de leche instead of getting syrup on top.

The batter is simpler than most American waffles because it doesn’t call for sugar, vanilla extract, salt, oil, or baking powder. 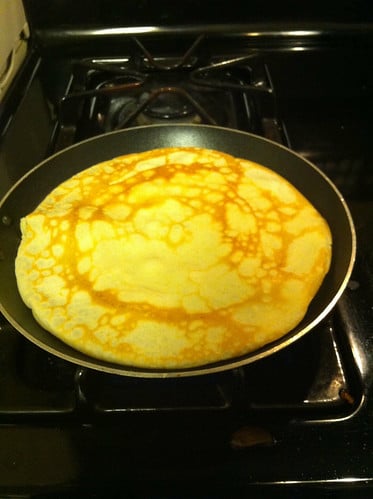 Chilean pancakes are more like French crêpes than American pancakes.

They’re thin, topped with dulce de leche, and served rolled up. I think that makes them easier to eat on the go.

I personally like to add strawberries to mine as well. Feel free to get creative with them. Any of your favorite pancake or waffle toppings will work. 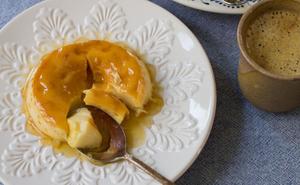 Chilean Leche Asada is like another kind of flan.

The ingredients are the same, but you bake Leche Asada while you cook flan in a water bath.

That gives you very similar flavors but different textures.

Leche Asada is super delicious and another excellent item to drink a cup of coffee with.

Try these classic Chilean breakfast dishes to start off your day, or check out other traditional Chilean recipes if you want to learn more about their food culture!