Australia has a variety of famously distinctive desserts. Many of these feature jam, coconut, chocolate, or a combination of all three.

They’re also highly affordable because they emerged during eras when desserts were for children, and children’s food was typically less expensive.

Here are my favorite quick, easy, and delicious Australian desserts. 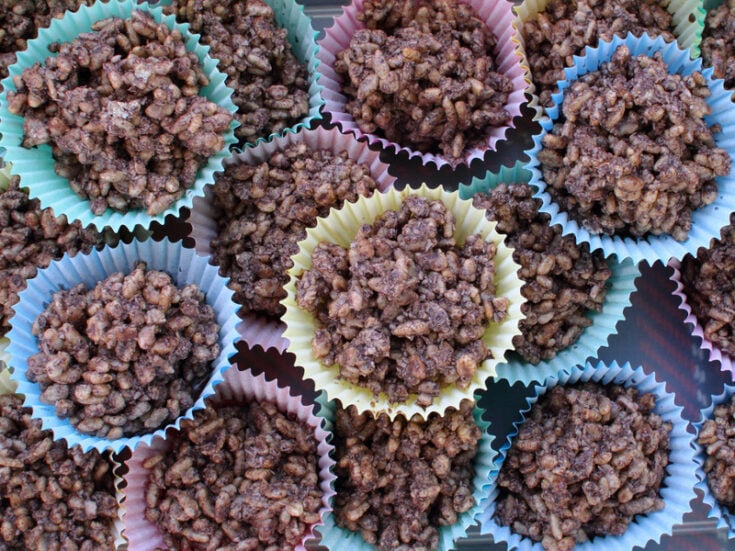 There are many reasons to appreciate chocolate crackles, but I like them because you can make a lot quickly.

They are perfect for children’s birthday parties, coffee mornings, and summer fetes. 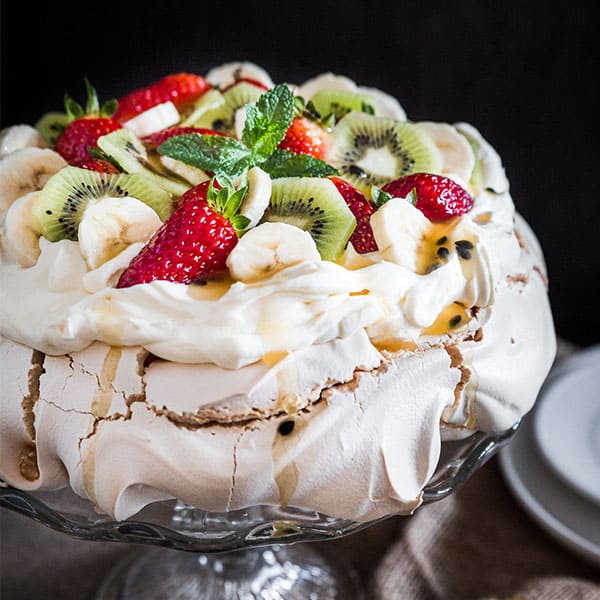 Pavlova is one of my favorite Australian desserts.

It has a hard meringue shell topped with whipped cream, marshmallows, and fruit.

It also has a long association with Christmas and New Year celebrations, as well as summer barbecues. 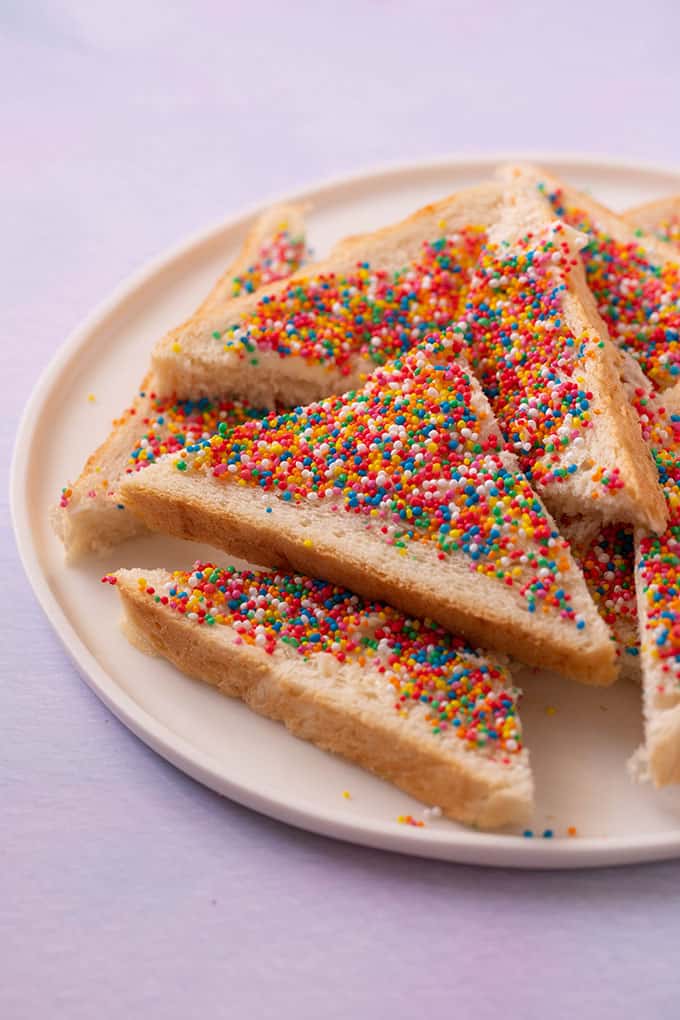 Fairy bread is a staple of Australian kids’ birthday parties.

Despite this, it’s not well-known across the pond. But it should be because this classic party food has exactly three ingredients: white bread, sprinkles, and butter.

Another reason we like fairy bread is that it looks lovely, and fills kids up effectively, so they don’t eat as much of the sugary desserts later on. 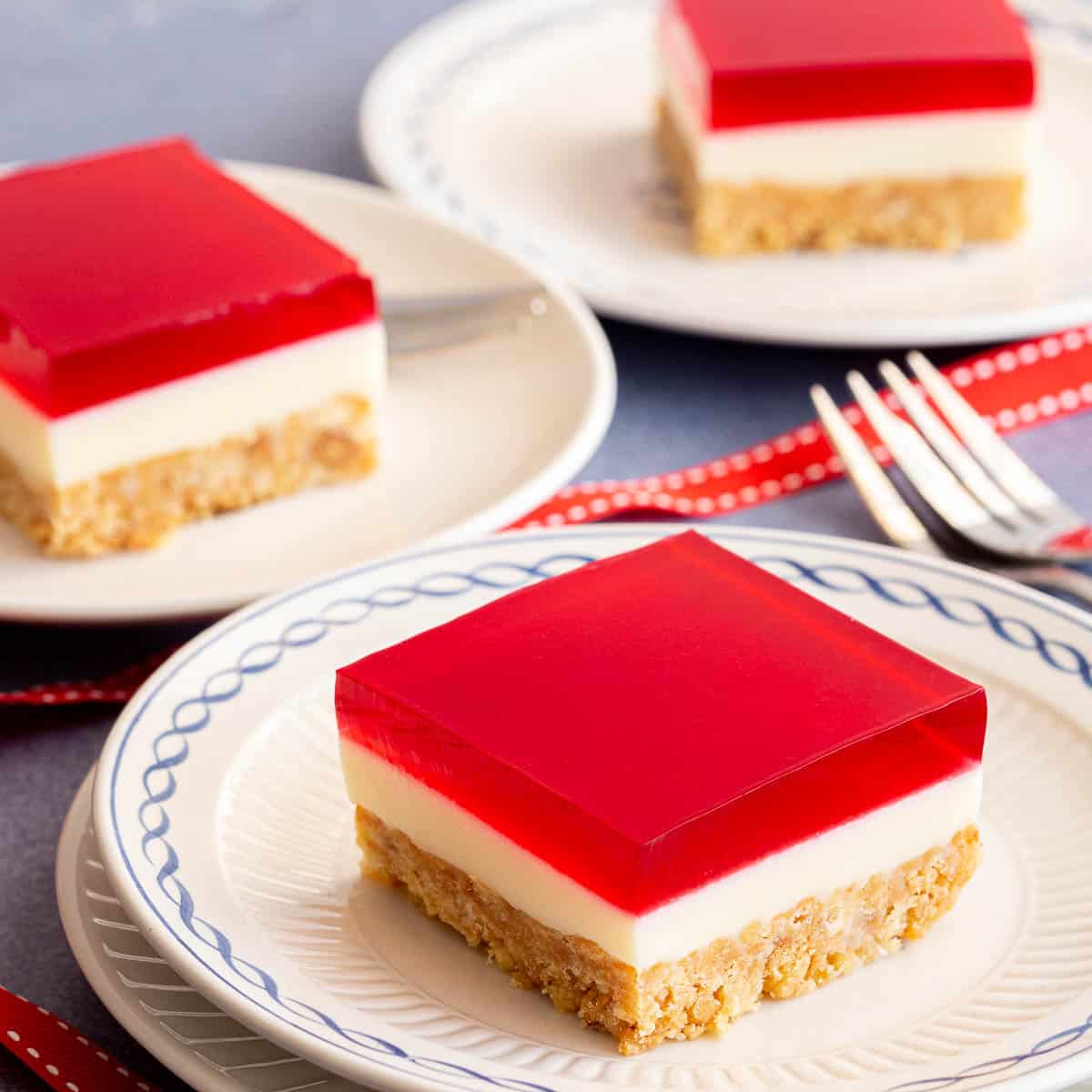 We love the jelly slice for its elegance.

It doesn’t take long to make, but the layers of jelly, creamy filling, and biscuit strongly suggest you put effort into making it.

Not only that, but it’s incredibly sweet-tasting. Perfect for anyone with a sweet tooth. 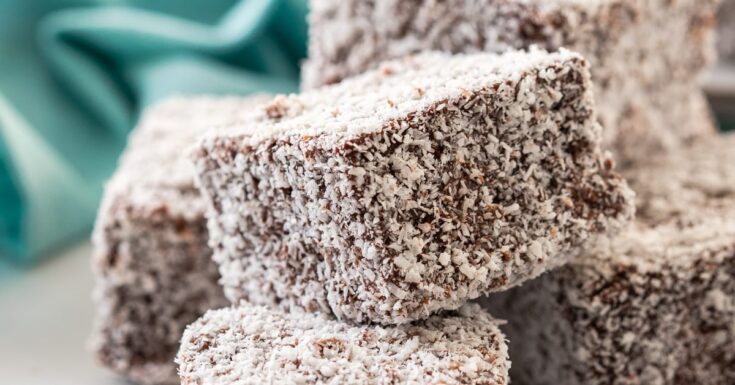 It’s hard to get more quintessentially Australian than the Lamington. Like many Aussie desserts, they feature chocolate and coconut prominently.

But you start by baking an ordinary sponge. Once you’ve sliced it, you can add the chocolate and coconut.

For an extra Australian touch, try replacing the classic chocolate-and-coconut combination with the butter and sprinkles of Fairy Bread. 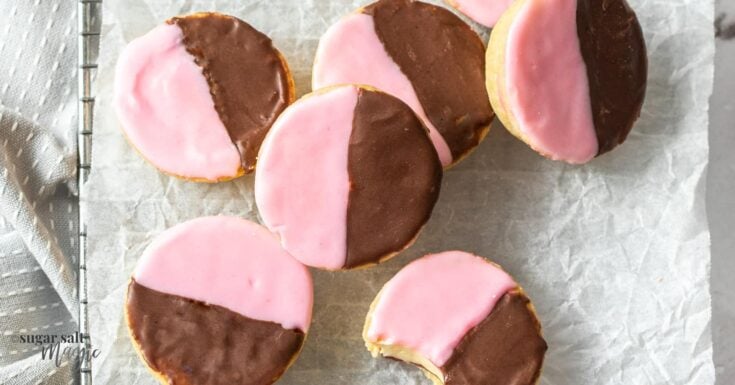 Neenish tarts are another distinctly Australian desert. Unsurprisingly they feature that cheap and cheerful filling, jam.

You can spot Neenish tarts from six paces off by their two-tone icing on top.

In addition to the jam, they also include a cream layer, making them perfect for afternoon tea. 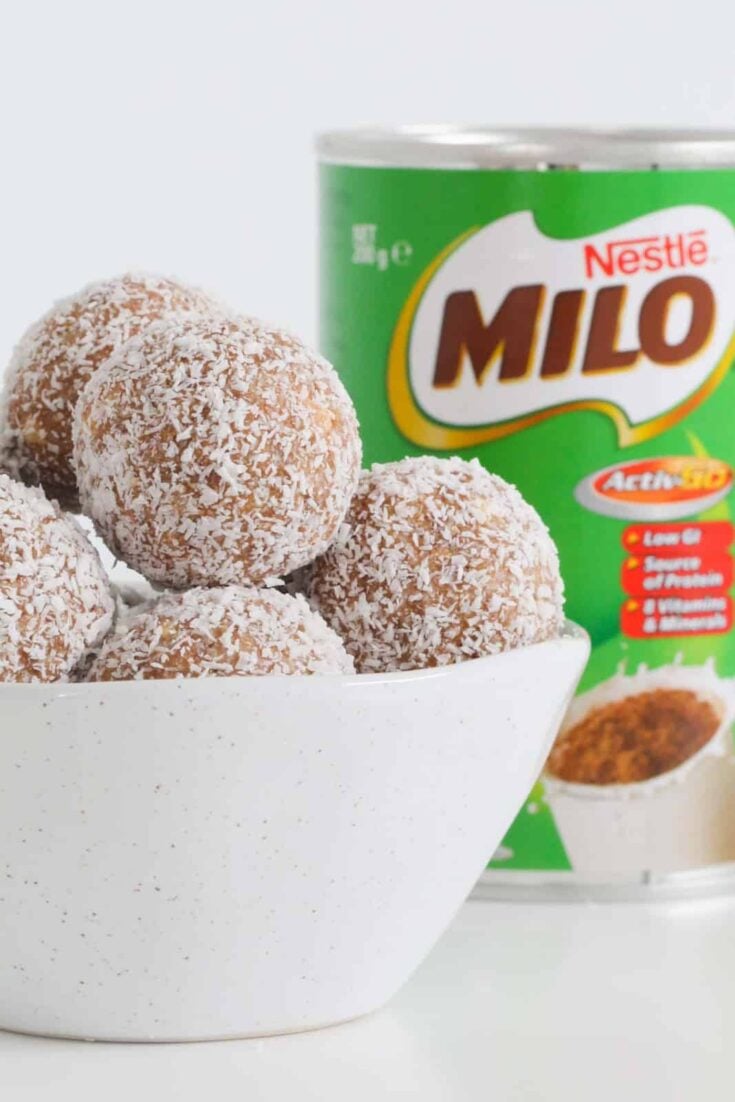 Nestle’s Milo Malt drink with its ubiquitous green tin is a staple of all Australian grocery stores worth their salt. It’s also a vital ingredient in Milo Balls.

But the green Milo tin aside, there’s not much to this easy-to-make Australian desert.

I love Milo Balls because they’re an excellent family project. They’re so easy that you can confidently let kids join in the baking without courting mess or disaster.

Additionally, they freeze well, so you’ll always have dessert for the kids’ lunch. 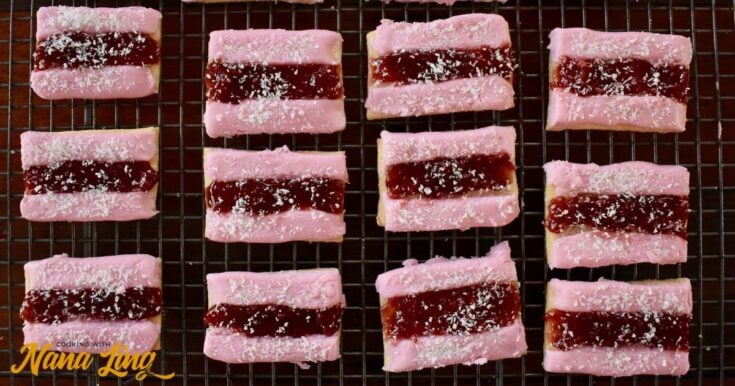 For many Australians, the iced vo-vo is tied to Sydney, specifically. The desert dates back to 1906 when it became an instant Australian classic.

Iced vo-vos have a sweet biscuit base, classically pink icing, a jammy center, and a sprinkling of coconut on top.

Baking iced vo-vos can be complicated, but we love this recipe for making the process feel easy.

Since iced vo-vos are as much about presentation as taste, keep some piping bags handy to help you achieve that symmetrical pink and red biscuit top the desert is famous for. 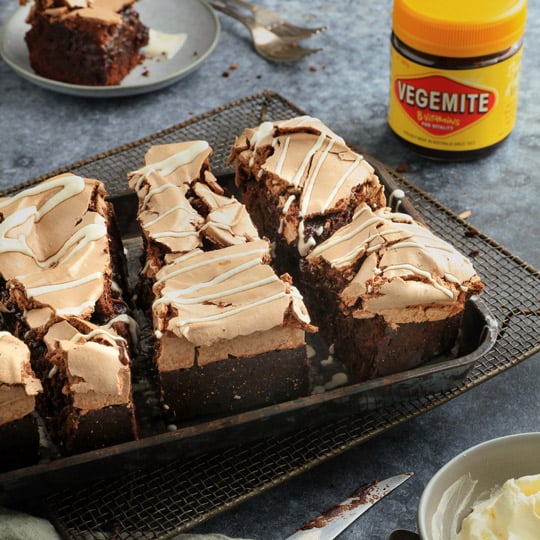 This classically Australian desert might be more controversial, but only because of the inclusion of famous Australian food, vegemite.

I think it works well as a compliment to traditional brownies.

It gives it a bit of saltiness and malt flavor that tempers the sweetness and is immediately, obviously, Australian. 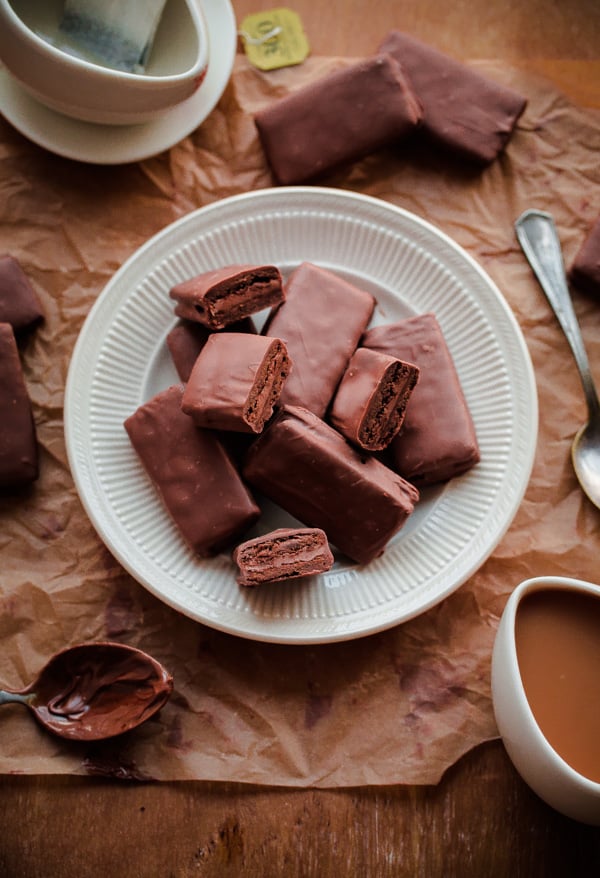 Tim Tams are one of our favorite Australian chocolate desserts for enlivening the holidays.

They are rich and can be tricky to get right, but the taste is worth it.

The outer biscuit is dipped in chocolate. The filling tempers the sweetness a bit by being a bit salty and a bit malty.

For extra decadence, nibble off the corners and use the remaining biscuit as a straw for hot chocolate.

This beetroot cake with raisins and frosting is a distinctly Australian variation of a carrot cake.

The beetroot keeps the cake moist for ages after baking, and the frosting adds a touch of sweetness. 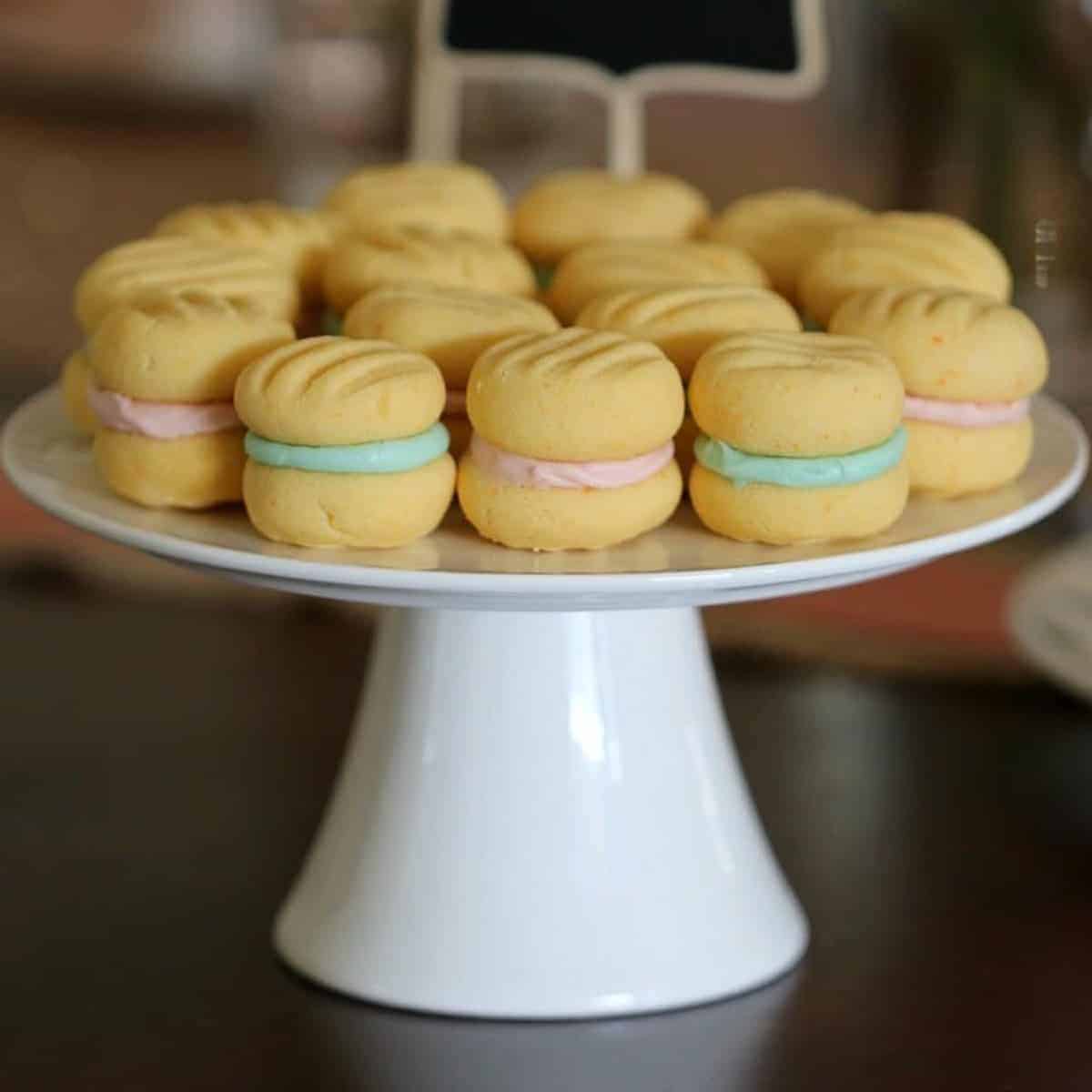 Yoyo biscuits get their name because of their resemblance to yo-yo toys.

I love these biscuits because they are fancy enough for a function but not too elaborate that you can’t put them in lunch boxes.

Crucially, yo-yo biscuits have custard powder in the filling to give them their creamy flavor. Without it, they are perilously close to the equally delicious melting moment.

If you like custard, then this simple Australian dessert is ideal. It features a generous portion of vanilla custard flanked by layers of light, airy pastry.

The trick to excellent pastry is cold hands. If yours are naturally warm, I recommend running them under a cold tap or holding them over the ice tray for several seconds before starting.

It keeps air pockets in the mix, resulting in flakier, tastier pastry. 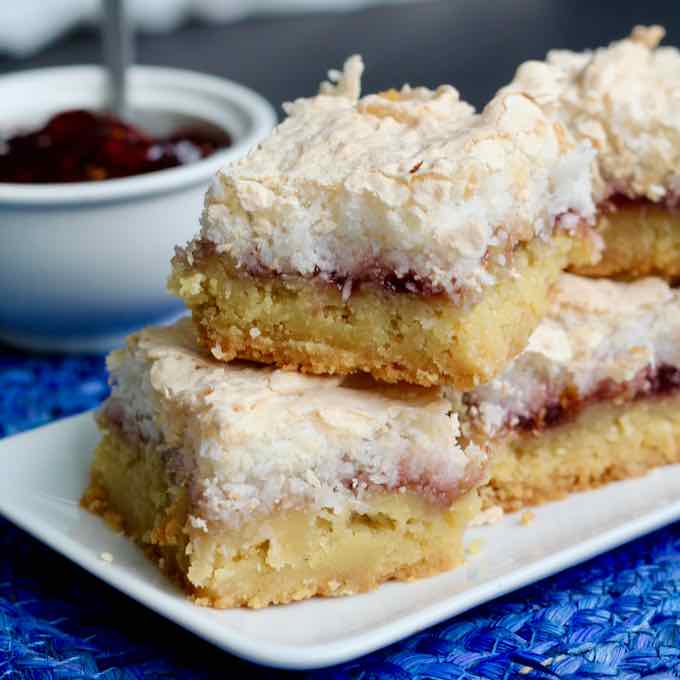 Louise cake is the junction between cake and biscuit.

It’s also originally a New Zealand dessert. But the Australians liked the taste and quickly adopted it. That’s probably because, as with many of the Australian desserts on this list, it has a jam filling.

But the base is shortcrust, and the top is a coconut-flavored meringue.

The result is a rich, crumbly dessert often served in squares. 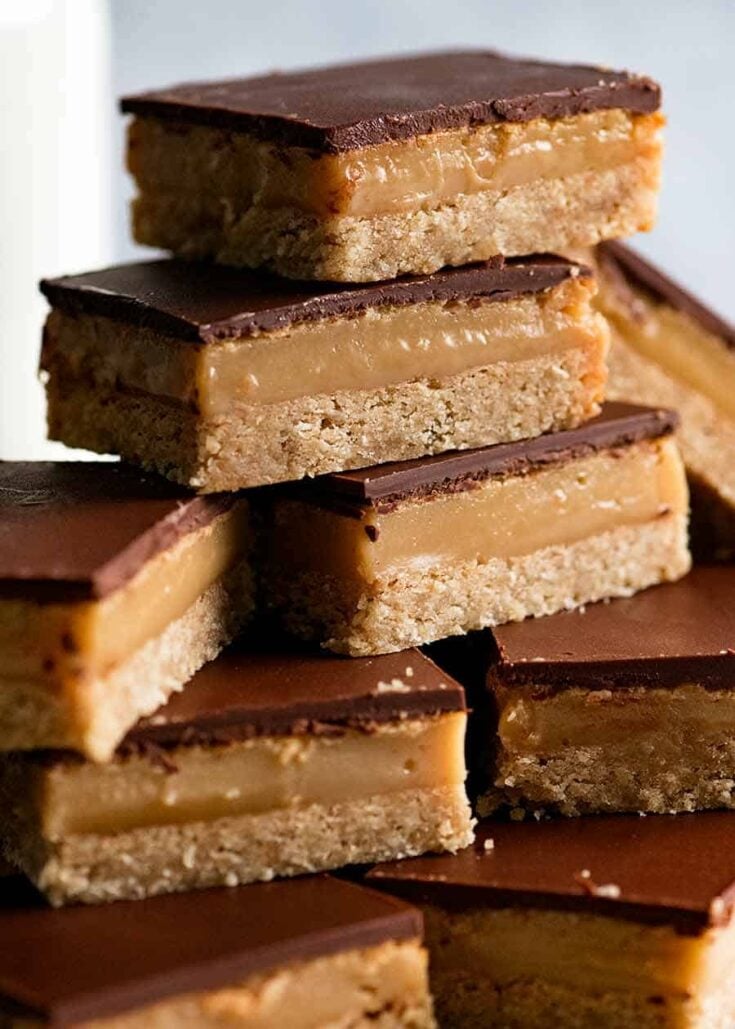 Caramel slice features a less elaborate and coconut-flavored biscuit in place of shortbread.

Ensure you allow the caramel time to set before pouring on the chocolate, and you’ll have a tasty teatime treat. 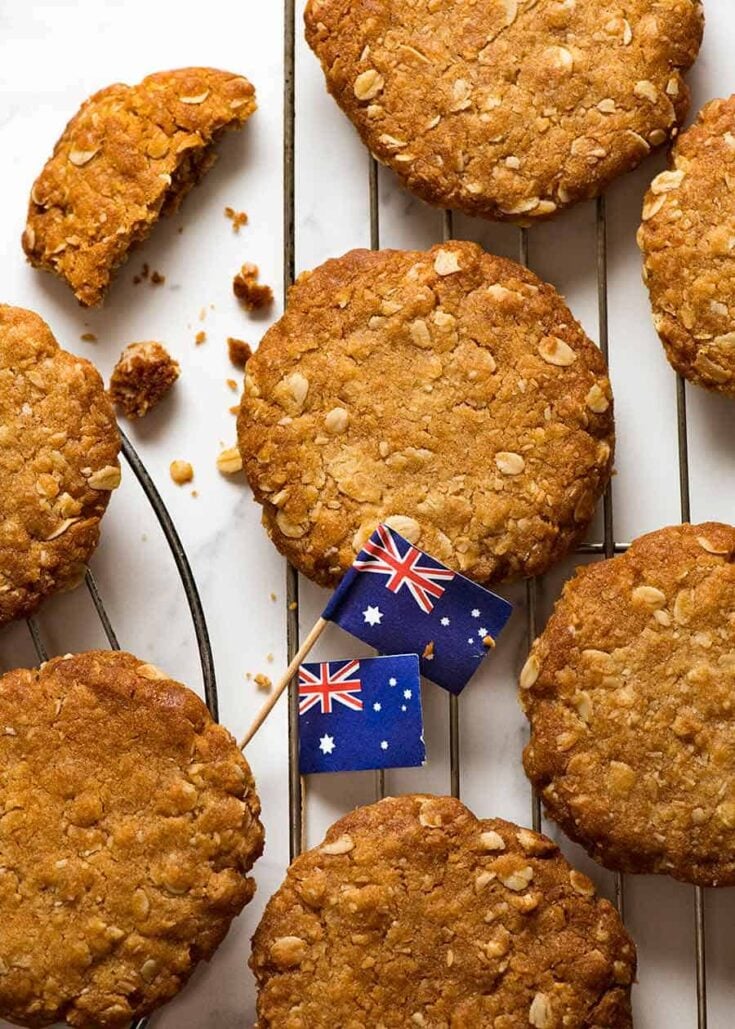 Anzac biscuits had their genesis during World War One and it shows in the baking.

Unlike most biscuits, these don’t call for eggs. Instead, you use the cheaper, more readily available golden syrup to hold everything together. 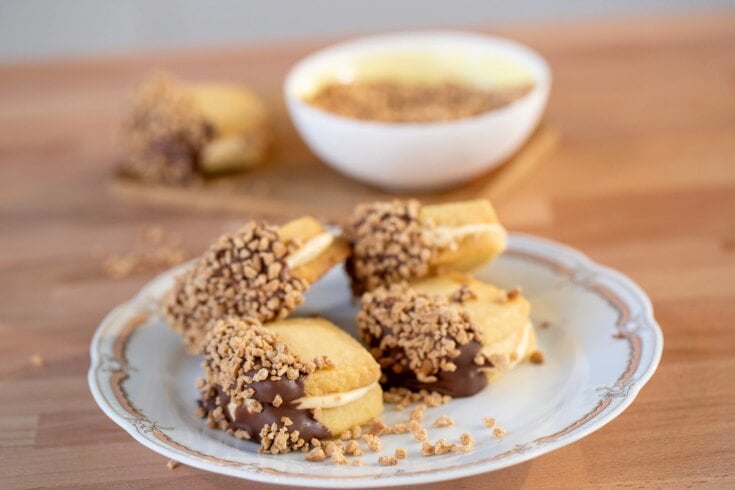 They have several parts, including: Caramel buttercream, Shortbread, Golden Gaytime crumbs, and Chocolate. Make sure you have all your baking essentials ready to create this dessert.

I find these need something of an assembly line to construct. But a piping bag helps simplify the process, and the result is worth the effort you invest.

Hopefully, this list inspires you when it comes to Australian desserts. They’re quick to make, affordable, and they taste good too. How can you argue with that?

Check out other desserts on our blog, like the world’s strangest ice cream flavors or other foods like traditional Albanian dishes.